Rickie and the Black Wave: A Sumatra Tsunami Story 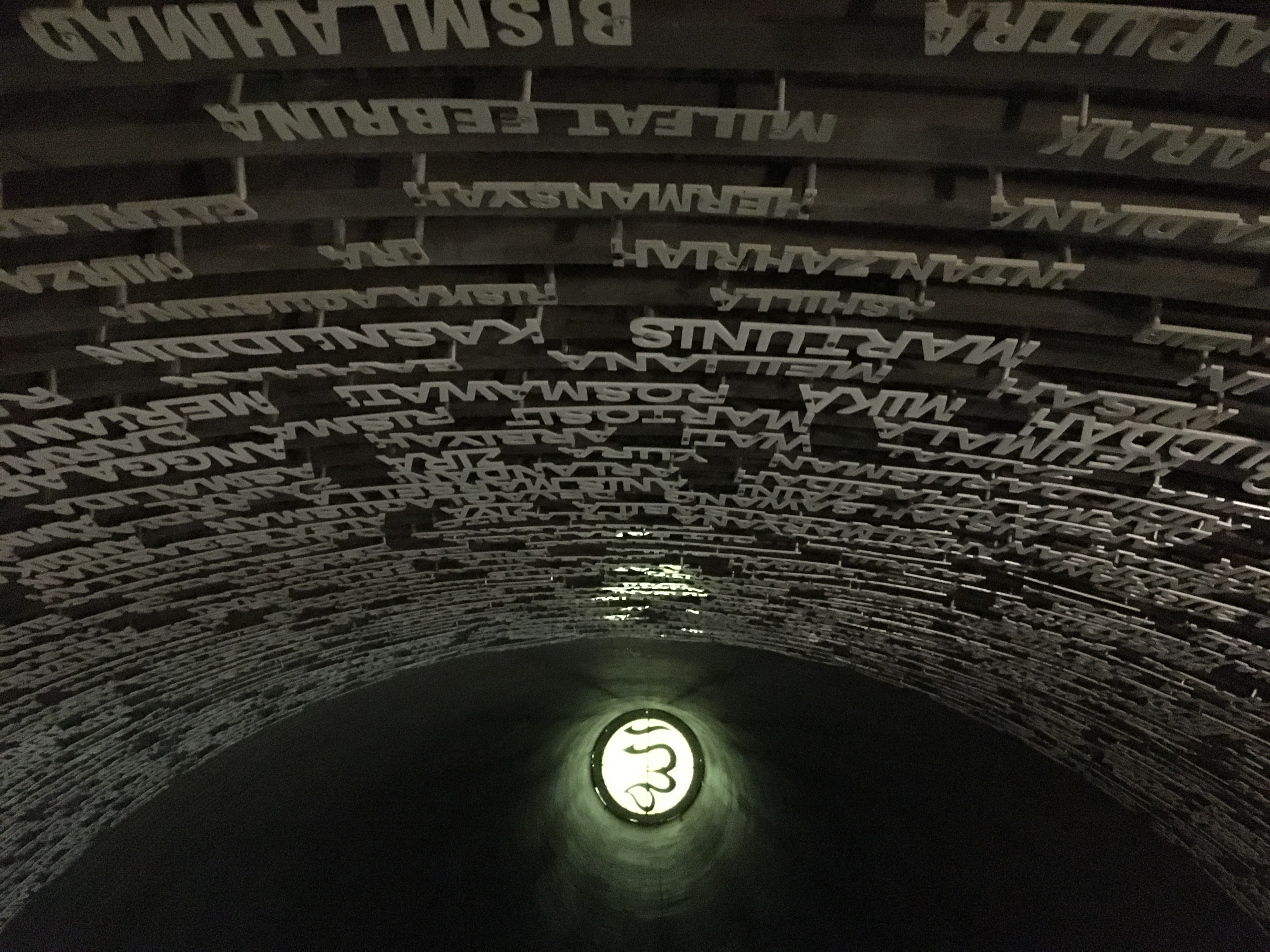 “When you go to Banda Aceh, you should visit my village. Lambuuk. Right on the sea,” he said. I asked him if there are museums I should visit in the city. “There is a Tsunami Museum. I never go there. It is for tourists,” he said. “I was 15 the year of the tsunami. At that time there were four of us in the house.” He paused. I felt a calm dread descend on our corner of the restaurant. “My mother, my younger sister and my brother.” That was the point when he stopped looking me in the eye.

Rickie is a clean-shaven, smiling young man with braces. He stands on the street in Pulao Weh and invites people to go diving. He plays guitar near the beach with his friends at sunset. He was the first person to welcome me to Ibioh.

“December 26 2004. In the morning. I heard someone screaming to run. I went into my house. I took my phone, turned off the stove. My mother was cooking something. I don’t know what. I locked the door.”

He paused and smiled softly at the absurdity. “And I started to run. There was a straight path to safety from my house.”

“Behind me I saw one woman taken by the water. Then another. Then it was me. I held my breath under water for 5 minutes.

“The water was salty and sweet.

“I could see the mountain, so I thought it was not dooms day. In my religion, everything is broken and the mountain flies when it is the end.

“The water put me in another house. I knew I was still in my village.” He paused, completely lost in the past. “The first wave took the people away. Then another came. It was black. It was 50 meters tall.”

Rickie looked down at the goosebumps on his arm. “It took me again. I was swimming swimming. I was so tired. I held a piece of wood floating. And then the water put me on a roof. I could hear my mom shouting for me. I was so tired I could not move. I could not go to her. I threw her something that could float.

“The second wave broke the buildings. Then another wave came. The third one broke everything. 70% of my village. 30%.

“My brother and sister. Gone. Five minutes. Everything was gone.”

The guesthouse restaurant was quiet. Everyone was listening respectfully.

At the age of 15, he had seen his entire world destroyed in five minutes. He had saved his mother’s life. “I don’t want to go to the tsunami museum. I want to forget. I only tell this story three times. First time I cry. I don’t know why I tell you tonight. Maybe I feel strong.”

I told him I was in Thailand during the tsunami. “Were there many refugees there?” he asked.

I said there were some and it was horrible, but nothing like Banda Aceh.

“I am still scared sometimes,” he said. “When the ocean is very loud. When it rains hard on my roof. I have no ceiling, so it is very loud sometimes. I invite people to go diving. Some people ask me about Tsunami Museum. I just smile and say maybe they try. They don’t know I am victim of the tsunami. I don’t want to talk about it. I don’t know why I tell you tonight.”

He sipped his dark, grainy coffee. “With this cigarette, I will feel better. It will make the coffee relax.”

8 Things I Learned From Dancing With Gypsies